Science advisors get ready to bring science to the Spanish Parliament 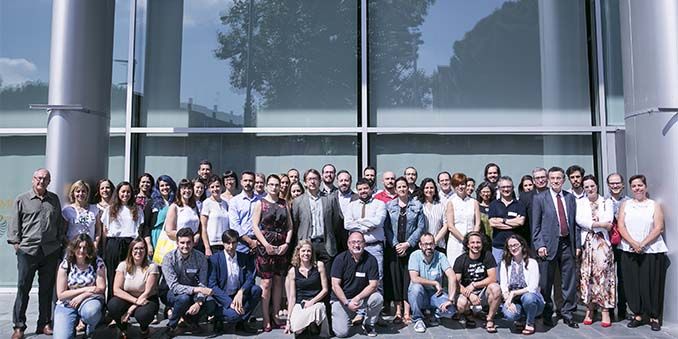 On the 4th and 5th of July, a group of researchers from different disciplines and career stages participated in a training devoted to science and technological advice to the legislative power offered by international and national experts.  Among others, Dr. Chris Tyler, Director of Public Policy in Unversity College of London and former director of the Parliamentary Office for Science and Technology (POST), Elvira Fortunato, member of the Scientific Advice Mechanism (SAM) of the European Commission and Theo Karapiperis, from the Scientific Foresight Unit at Science and Technology Options Analysis (STOA) of the European Parliament.

This first cohort of 25 science advisors have been selected through a public call in which more tan 200 applications were received. 15 women and 10 men ranging from 29 to 49 years old and coming from different regions of the country (Madrid, Cataluña, Comunidad Valenciana, Andalucía, Castilla y León, Aragón, Asturias, Navarra y Canarias) and from the United States and the United Kingdom are part of this cohort.

Throughout the course, organized by the civil society initiative “Ciencia en el Parlamento” and the Spanish Foundation for Science and Technology (FECYT) and hosted by the National Museum of Science and Technology (MUNCYT), the science advisors started to work on gathering the scientific evidence for the 12 topics that will be discussed at the #CienciaenelParlamento 2018 event. This evidence gathering work will continute throught the coming months.These topics have been chosen due to their social and political relevance and include climate change, aging of citizens, pollution, work/life balance, etc. The #CienciaenelParlamento 2018 event will take place at the Spanish Parliament on the 6th and 7th of November as part of the celebrations of the 40th anniversay of the Spanish Constitution.

The final goal of this initiative is to establish solid communication channels between scientists and politicians already in place in countries such as the United Kingdon, Germany and France. These channels will guarantee scientific evidence is acknowledged as a very relevant dimension of the policy making process at the Spanish Parliament. Also, it is expected that this work will help better connect science with the societal needs.